As I always mention up front for all of my field reviews on equipment, this review deals with what I think from a subjective perspective.  I don’t provide graphs or charts or anything of that nature.  I have a simple requirement for a lens, it’s got to be good enough to create saleable images.  That is a loaded statement as it depends more on the photographer than on the equipment, but if I ever feel my productivity is hampered, I’m going to mention it.  Now on with the review.

As with all technology, camera sensors advanced and last year I decided I want to put together a light weight backcountry hiking kit. The 18 MP Canon SL1 had just arrived, the smallest and lightest DSLR on the market, even today. I dusted off my 10-22 ef-s lens and decided to place this in my bag along with a 50 CM macro lens, my 70-200 f/4l lens, and my 1.4x teleconverter. With those three lenses I had wide angle, macro, and short telephoto range and a much lighter kit. In fact, there are many times when I have my big kit with me, I still have a small bag with my SL1 and 10-22 that I can grab quickly in case I want to move quickly and capture a shot or perhaps take a short hike and keep my equipment weight down and my movement as agile as possible.

For over a year I rediscovered the versatility and portability of the 10-22 ef-s lens. I like to go wide, in fact, when I’m hauling my big gear around I normally mount either my 17 TS/E lens to my 5D Mark II or my 24 TS/E and then shift for three photos to stitch giving me around 15mm field of view. With the 10-22 lens, the 10 mark is roughly equivalent to 16mm on a full frame sensor, right in my favorite wide angle sweet spot. The sharpness is decent, not as good as my 17 TS/E, but I wouldn’t expect it to be, after all there is a significant price difference as well as build difference. The litmus test is really if it can produce saleable shots and from my experience, this lens does indeed fulfill that requirement. Some of my favorite and most popular shots were captured with the Canon 10-22 ef-s lens.

This shot of a windmill in western Nebraska, is one such example where I used the 10-22 lens in order to move quickly. On this morning the light was changing and I knew I had very little time to jump out of the car and grab the shot. I knew the setup time with my 5D Mark II and 17 TS/E lens would have been too long and the light might be gone, but with the 10-22 I was able to capture the scene quickly.

As I mentioned, it makes a great hiking lens. Last year I climbed Long’s Peak in Rocky Mountain National Park and then proceeded to take it on a 35 mile backcountry hike. The shot above was taken approximately 9 miles from the trailhead and near my first camp. When making decisions between food or photographic gear, it’s nice to have something small and compact, but something that can capture great clear, sharp shots as well.

One last item. If you’ve got to get close to your subject, such as with this wild lily I captured in North Dakota, it’s got a very close focusing distance. Keep in mind, it’s a wide-angle so it’s going to be a unique look, but one that can create some great images. 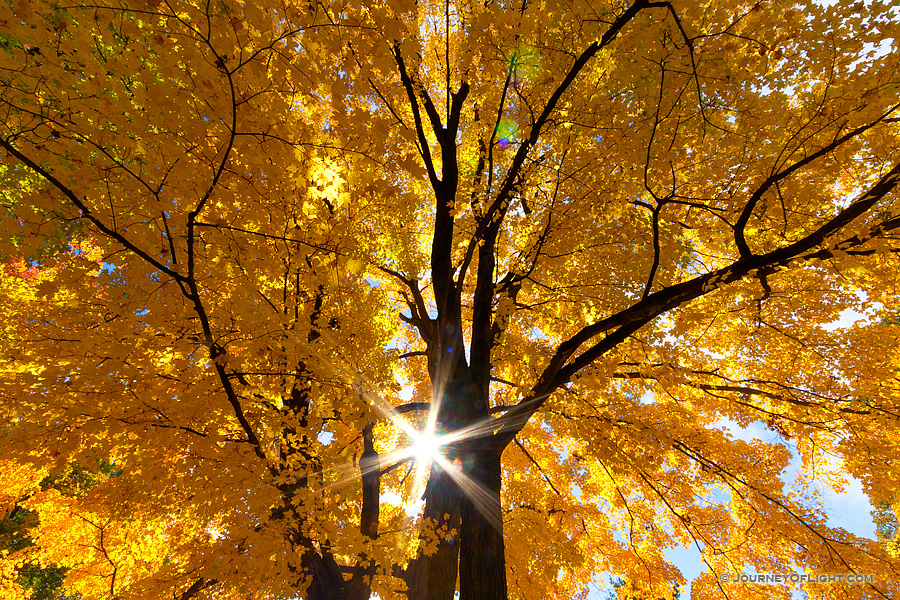 As with all tradeoffs, though, there is are some downsides. I’m a big fan of adding sunstars into images. While the stars that are produced by the 10-22 aren’t bad, they aren’t as aesthetically pleasing as I would like. The lens has six blades which compared to the 17 TS/E’s eight or the 16-35 f/4l’s nine contributes to this negative. Lastly, the corners are not quite as sharp as I would like, but it’s not too terribly bad and something that I can live with for the weight and price. I’m sure I’m a bit biased on the last one from using the super sharp 17 TS/E.

Overall, though the pros outweigh many of the cons in my opinion. If you’re looking for a lens that produces some great wide angle shots for a crop camera, look no further. The Canon 10-22 is versatile, portable lens that consistently produces. Besides being a fun lens to shot with, it’s been a workhorse for me both early in my career and in recent years with the advancements of crop sensor cameras. If you’ve got a Rebel or a x0D series, seriously consider picking up this lens if you haven’t already.