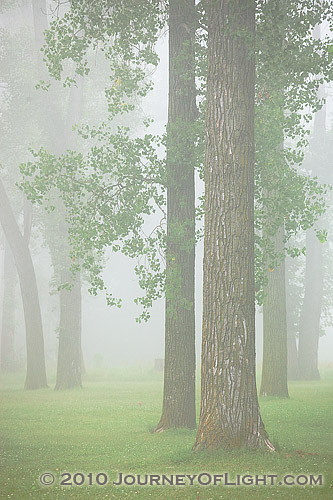 Over the past several years, I have performed the task of keywording countless photographs in order to increase exposure and as a result, sales. In this post, I’m going to give some tips on what you should do to maximize the your the keywords associated with your photography. For this exercise, I will be using the image above, “Mist and Melancholy” to help illustrate what keywords should be associated with this image.

While answering each of the 11 questions below, we need to keep four things in mind. Primarily, we will want to be as specific as possible. If something has a proper name, it should be used. Secondly, we will want to explore as many synonyms as possible within each question. Thirdly, if the plural of the subject differs significantly in spelling we will want to make note of that as well. Lastly, spell check everything! A mispelled word will rarely help in searches.

Keep in mind that if your keywords are too vague or inaccurate people will not think that your keywording is reliable and will be frustrated when they do not find the image they need. Additionally, we want to use only the terms the majority of individuals would use when searching. It is possible to go too far in keywording and have obscure words which few people would actually use. Using such terms reduces the effectiveness of the words that you have chosen to describe the photograph.

The questions come after the jump – be sure to click on “Read the rest of the entry”!

Trees, more specifically Cottonwoods. We will want both in the keywording list. Additionally, “trees” usually implies a forest, so I will use that term as well.

This image was captured at DeSoto National Wildlife Refuge. A curious thing about this park is that it straddles the border of Iowa and Nebraska. It also resides in two counties in Iowa. Since I know where the line is, I know that it was captured in Iowa in Pottawatomie County. If I had been 200 yards north, I would have been in Nebraska. Iowa is considered a Midwestern state in the United States, so I will include “Midwest”. I usually forgo adding “United States” as the majority of my searches are looking for terms there are more specific within the US (such as Iowa) and as such “United States” very rarely used. On any other country to which I travel, I always include it. Additionally, a common local name for this park is “DeSoto Bend”, so I will also use that term.

3. Image Details – What details are available in the subject that should be mentioned? Conditions – What are the conditions in the photograph?

On the trees there are leaves. Since someone maybe searching for an image that contains a “leaf” we will want to use both the singular and plural – leaf and leaves. Additionally, I have focused mainly on the trunks, so we will make note of that.

4. Conditions – What are the current conditions in the photograph? Is there anything significant about the weather or surroundings that we should note?

The primary condition within the photograph is fog. Fog is also known as “mist”, so I will also add that as a keyword. We may want to also consider “foggy” and “misty” as people may search for those terms.

5. Photograph Type – Is the photograph a portrait, landscape, macro, etc?

This image is an outdoor, scenic, landscape, nature photograph.

6. Photograph Orientation – Is the photograph oriented in a horizontal or vertical manner? Many people searching for stock images will place this information as critical. In 75% of my dealings with someone looking to fill a specific need almost always start with “I need an image that is horizontal/vertical.” You need to make it as easy as possible to slim down the choices by orientation. Additionally, orientation is known by “portrait” and “landscape”, but these terms are confusing when applied to photography so I stick with horizontal/vertical.

This photograph has a vertical orientation.

7. Season and Month/Year – When was the photograph captured? When I perform keywording on my website, I usually only reference season, but the date is important as well. Even if you do not put the date within the keywords, be sure to make note of it. It can be found in the EXIF date and extracted using Photoshop, Lightroom, or a similar tool. Additionally, when you are keywording an image taken in the fall, be sure to use its common synonym, “autumn”.

This was captured on July 5th, 2010, so the season would be summer.

8. Time of Day – What time was the photograph captured? For this I don’t mean that we need to keyword the exact time, what we are looking for is the general time. For instance, was it taken at sunset? If so, be sure to include the synonyms of “dusk” and “twilight”. Keep in mind, “twilight” also references “dawn” so you will want to use it to describe both terms.

This photograph was captured in the morning, but I will also want to use “twilight” and “dawn”.

9. Colors – What are the colors within the image? List only the ones that are predominantly featured.

This image contains fog so there’s a lot of gray. I will also use the spelling “grey”. Since the overall tone of the photograph is cool colors, I will also make use of “cool”.

10. Post-processing – Is is color or black and white. Additionally, is there any post-processing of which we should make a note? Orton, panoramic, etc.

This is a color image.

11. Equipment Manufacturer – Although not a common request, I have had people request images created by equipment produced by a specific manufacturer. It’s been important enough in the past that I now include it as number 11.

By following our list we have arrived at 29 pretty good descriptors which can be used to narrow searches down for this photograph. Based upon what we have entered, if I was seraching the internet for “Foggy Summer Morning in Iowa Photograph” it is very possible that this image would be at the top of the list, exactly where I would want to be!

As one last exercise, I recommend following the list one more time to see any other adjectives could be identified. I also recommend having a thesaurus handy during this final rundown.

8 Responses to "The Art of Keywording Photographs"